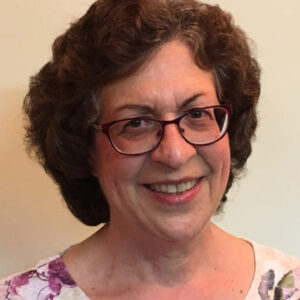 Even though I have been interested in music and developing slowly as a musician over many years, my actual career is as a licensed Christian clinical psychologist which I have done for over 30 years and even though I could retire I am continuing to work on a part-time basis because working with people inspires me. My background as a psychologist and as a student of God’s word has been very helpful in understanding the spiritual, emotional, cognitive and behavioral applications of God’s word. I discovered I could song-write 13 years ago and have been developing the craft ever since with the help of books, videos, lots of listening and 3 superb coaches. (1 of them is involved in this project as well) Songwriting is my passion. Every song I write feels like a discovery to me… then I go about the work of editing and polishing it. I have written over 400 songs but most of those have been “practice” leading up to better skills. I feel absolutely called by God to this type of music that hopes to bring His word alive in a new way! 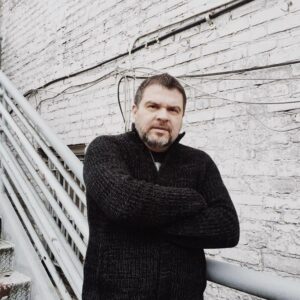 For over 25 years, Chris has been at the top of his field in the Music Industry, most recently serving as Sr. Director of A&R;/Artist Development for Integrity Music, Inc. With more than 15 RIAA certified Gold & Platinum records, 4 Grammy-winning projects, and multiple Dove Award and Stellar Award projects to his credit, Chris has a proven track record for discovering and developing talent and inspiring the creative process. Recorded or produced songs like SHOUT TO THE LORD, OPEN THE EYES OF MY HEART, ABOVE ALL, TRADING MY SORROWS, REDEEMER SAVIOR FRIEND, MY NAME IS VICTORY, among others. Recorded and marketed Award Winning projects such as SHOUT TO THE LORD, REVIVAL AT BROWNSVILLE, GOTTA HAVE GOSPEL, SONGS4WORSHIP, LIVE FROM A DEEPER LEVEL (w/ Israel Houghton), and THE POWER OF ONE (w/ Israel Houghton). Chris currently runs his own production and consulting company, iNov8, iNc., and continues to write, produce, and play music. 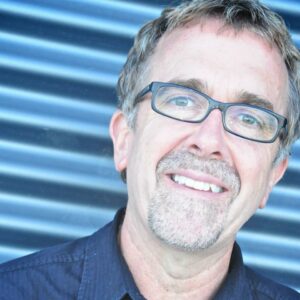 Ed Kerr has been a professional musician for many years. After receiving a Master’s Degree in Piano Performance from Indiana University, he began traveling full time with Harvest, a contemporary Christian singing group. He then began a season as an exclusive songwriter with Integrity Music, where many of his songs were recorded and sung by churches around the world. Ed is serving as Director of Worship Studies at The King’s University/Gateway Church in Dallas, Texas. Ed leads worship in his home church, teaches in worship conferences around the country, and continues to write worship songs for the church. He plays Yamaha’s montage 8, teaching in Paul Baloche’s Leadership workshops and representing Yamaha as a product specialist in worship conferences around the country. 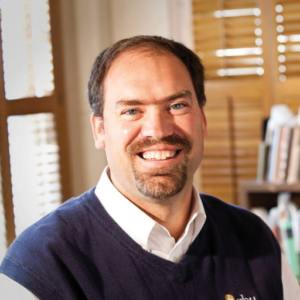 Dr. Chris Morgan is Dean and Professor of Theology of the School of Christian Ministries at California Baptist University in Riverside, where he has taught since 1999. He also serves as affiliated Ph.D. faculty at Gateway Seminary. He has also served in pastoral ministry for more than twenty years.

He is the author or editor of sixteen books. Most recent volumes include The Love of God, Heaven, Fallen, The Kingdom of God, The Community of Jesus, and Why We Belong: Evangelical Unity and Denominational Diversity. He serves as the editor of the Theology in Community series (8+ volumes, Crossway), a general editor of the forthcoming Systematic Theology Study Bible (ESV, Crossway), and a general editor of the new Theology for the People of God series (15 volumes, B&H). He is currently writing a textbook in systematic theology (B&H).

He and his wife Shelley have one daughter. He enjoys walking, reading, baseball, golf, and especially time with his family at the ocean. 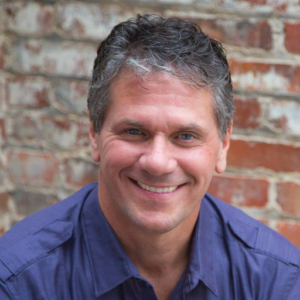 I have been involved in full-time ministry in music and word for over 30 years as a songwriter, producer, recording artist, musician, speaker, and author. The Lord has blessed me to share in 30 countries and 49 states. I have recorded many worship projects and my songs have also been recorded by some wonderful artists and worship leaders like Michael W. Smith, Ron Kenoly, Don Moen, Selah, and many others. My wife Rita (who led me to Jesus) and I conduct marriage retreats and minister together as well. Our greatest productions are our 3 grown daughters! It is a joy to sing on Diana Fulmer’s project and I am grateful for this opportunity. 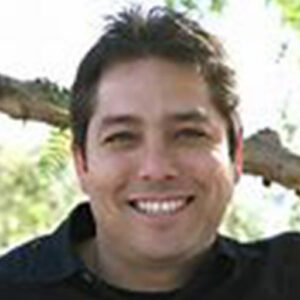 Holland Davis is a Senior Pastor of Calvary Chapel in San Clemente, CA and a Calvary Chapel Christian worship leader, songwriter, Bible teacher, and author based in San Juan Capistrano. He is most known for his song “Let It Rise,” selling platinum with the group Big Daddy Weave, winning the most-played worship song of the year in 2006, and featured on the album WOW Worship: Blue. He has produced 20+ albums of Christian music. 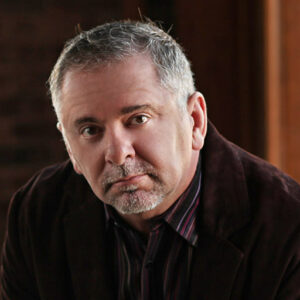 Having penned songs that are sung in churches and worship gatherings over the entire world like, You Are My All In All, Thank You, Who Can Satisfy My Soul (There Is A Fountain), I Belong to Jesus, We Will Worship the Lamb of Glory, and many others, Dennis Jernigan is a worship leader, song receiver, and author, but more importantly, he is a husband and father. Married for 33 years to Melinda, they have nine children and make their home in Muskogee, Oklahoma where they are now welcoming grandchildren. Having been walking in freedom from his former homosexual identity since November 7, 1981, Jernigan takes great joy in sharing the grace and love of God with any who desire freedom in their own lives. Known for his worship songs, his gift for singing God’s heart over hurting people, as well as his ability to lead people into a deeper, freeing awareness of Father’s love in their lives, DJ spends a great deal of time encouraging others to embrace their true identity in Christ. 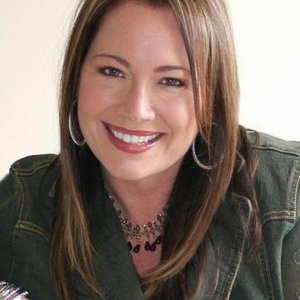 Leann Albrecht is an artist and worship leader, speaker and writer. In addition to her four solo CDs, she has sung on hundreds of albums in the past 20 years and has performed on over 80 Integrity Worship albums alone, making her the voice of favorites like “I Worship You” and, “But for Your Grace”, and “In the Arms of His Love”.The daughter of a pastor, Leann has been touring and singing since she was 14. At the age of 20, she embarked on her first world tour which escorted her into recording sessions for albums and commercials. She has also recorded with many renowned artists. Singing in the Church since she was a child, Leann is no stranger to ministry and music. In fact, she has been leading worship for over 20 years and has been a worship leader with Worship International, Women of Faith, Maranatha Praise Band, Renewing the Heart, and Integrity’s Seminars4Worship. Leann was a worship leader for 11 years at Belmont Church in Nashville. Because of her passion for worship, she has also taken ministry teams to Italy 9 times where she leads worship in Italian, singing songs from her compilation Italian worship project, “Lode dal Cuore”.Leann has four solo CDs which are: Verses for the King – Scripture put to song, Pour Your Spirit Out – Live praise and worship, The Greatest Gift – Jazz Christmas, and You Are The One – Songs of intimate worship. She has released her first book – Screaming On The Inside – memoirs of her faith, stories of her healing journey from screaming on the inside to the pain-free zone. Leann is currently writing for her new CD, Mighty and Glorious, soon to be released. 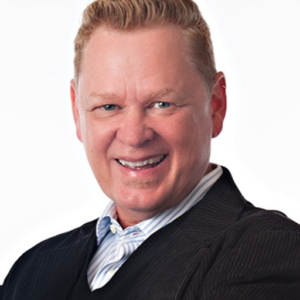 John Chisum is a long-time music industry professional, songwriter, publisher, and worship leader. His leadership in the contemporary worship movement through Integrity’s Hosanna! Music has impacted nations and he has personally traveled worldwide to lead worship and teach worship leading and songwriting. He is currently Managing Partner of Nashville Christian Songwriters in Nashville, a songwriter coaching and resource company dedicated to “empowering Christian songwriters worldwide. John has been married to Donna for almost 37 years now and they have one daughter, Alyson. 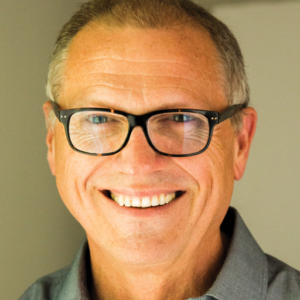 If you know Morgan Cryar at all, you likely know him by his songs. “I didn’t know that song was your song. I love that song.” He was a national figure in Christian music, starting with his 1984 debut release “Keep No Secrets” on Star Song Records. Though he never considered himself a great singer, his voice yielded numerous #1 hits on Christian radio including “If I Never See a Miracle,” “I Call Him Father,” and “Pray in the USA.”

After coming off the road in 2000, Morgan has worked as a producer, author, speaker, songwriter, teacher, and handyman. He and his wife, Melanie, have 7 children and 2 grandchildren. He makes his home in Franklin, Tennessee.

Morgan’s interests have taken him into several areas outside of music, including carpentry, house-flipping, and other real estate ventures. 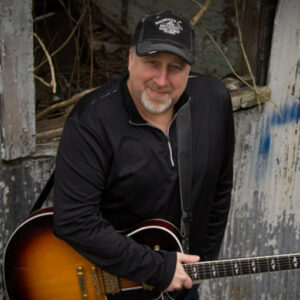 Originally from Florida, Tom lives in Nashville, TN with wife Patty; where he has worked as a songwriter, musician, singer, and producer for the past 29 years. He is Worship Pastor of Belmont Church, a contributing writer for Worship Musician Magazine, a member of Blues Counsel band, and President of the nonprofit organization The Bridge-A Joseph Co. Tom has traveled to more than 35 countries; leading worship, teaching, training, recording, and performing. 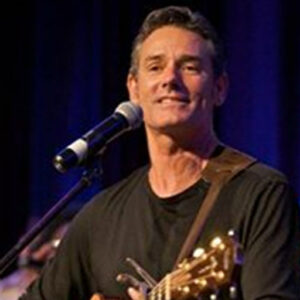 Bob Fitts has been at the forefront of worship leading and songwriting with an international platform in live performance and recordings for over 30 years.

Bob’s best-known songs include Blessed Be The Lord God Almighty, He Is Lovely, Glory Glory Lord and As We Worship. He has recorded over a dozen albums with Integrity Music and Maranatha! Music as well as on his own Healing To The Nations Music.

He and his wife, Kathy, continue to travel worldwide bringing songs of hope and healing to the nations through worship. 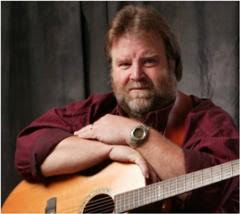 Of his music, Bob says,

“I think that accomplishing some sort of ministry by playing music is a completely faulty, frail method that God still manages to use. My primary goal is to communicate truthfully with people. If I can communicate truthfully the life of the Spirit and the always-accompanying struggle along the way, then ministry happens as a natural result of that. If something deep and profound happens, I’m as amazed and grateful as anyone else!”

Deliberately subjective in his lyrics, Bob Bennett allows listeners to eavesdrop on his personal observations and then decide for themselves if the words ring true. Ultimately, he reaches into hearts, using his abilities to craft language and music to tell the stories inside each of us.

Under the direction of Reverend Kenneth Brandon
Mobile, Alabama